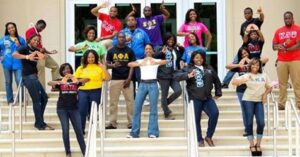 An important aspect of the history of Historically Black Colleges and Universities (HBCUs) is the nine historically Black Greek Letter Organizations (BGLOs) that make up the National Pan-Hellenic Council. The NPHC was founded in 1930 at Howard University to support African American college students who were searching for a voice, community, and shared identity as they pursued their education. This organization played a vital role in uniting African American college students as they fought for equal rights and fair treatment under the law, and today the NPHC continues to bring young men and women together as they honor the history, traditions, and values of their Greek organizations. The NPHC currently has nine members and these Greek organizations are commonly referred to as “The Divine Nine.” Each of these nine fraternities and sororities is rich in history and ties to one or more of these organizations may be found in many college-educated African American families in the United States.

There were a few attempts at creating intercollegiate BGLOs, with Alpha Kappa Nu beginning in 1903 and then disbanding due to a struggle in keeping steady membership, Alpha Phi Alpha was the first successful fraternity to sustain its membership and expand. Alpha Phi Alpha Fraternity, Inc. was initially started as a study and support group for the African American male students at Cornell University who were facing harsh racial prejudice at the time. African American students often could go days without seeing each another person of color on campus, so their study group served as their decompression from the struggles they faced.

Following in the footsteps of Alpha Phi Alpha Fraternity, Inc., eight other intercollegiate fraternities and sororities were founded on the similar principles of service and the betterment of African Americans. Many different movements and political events effected how these organizations were developed. Alpha Kappa Alpha paved the way for sororities in 1908 when they were founded at Howard University. Kappa Alpha Psi was founded in Indiana for similar reasons to Alpha Phi Alpha, racial tension and prejudices on campus led them to create their fraternity as well. Omega Psi Phi was the first of the divine nine fraternities to be founded on an HBCU’s campus at Howard. Delta Sigma Theta’s beginnings were strongly influenced by the Women’s Suffrage movement. Springing forward to the most recent of the divine nine organizations, Iota Phi Theta was a product of the civil rights movement and they were very influential in shaping the political landscape of Baltimore after they were founded.

These organizations, some of which are over 100 years old, have contributed countless hours of service, scholarships, and leadership to communities all around the world. Though they all differ in their founding principles in one way or another, they all come together as a unified body to create social change and leave the world a better place. Yet, each of these organizations deserves recognition and a deeper insight into the work they really do day in and day out in the honor of their fraternities and sororities. Many of our celebrated leaders within the African American community are members of the Divine Nine organizations and they continue to foster talented individuals over the years.

Most recently these organizations encouraged communities of color to “Stroll to the Polls” by developing a viral campaign that encouraged people of color to vote in the 2020 election. Their united goal was to combat voter suppression that was occurring in some of the southern states. Since the founding of The Divine Nine, community service has always been the core mission of these organizations.

As we celebrate the historical significance of HBCUs during Black History Month, it is equally important to celebrate the social support system of The Divine Nine BGLOs that have supported countless students of color throughout history in innumerable ways and have positively affected societal change. The Divine Nine are an integral aspect of history strongly linked with the history of HBCUs that have aided in supporting the success and excellence of African Americans throughout history.

View Video About the Divine Nine 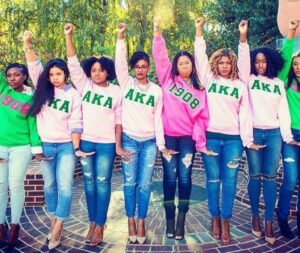 Alpha Kappa Alpha was founded in 1908 at Howard University to encourage its members to aspire to the highest levels of scholastic achievement, service, and friendship. As the oldest of the original National Pan-Hellenic Council (NPHC) Greek organizations, Alpha Kappa Alpha has 105,000 chapters and 290,000 sorority members. The sixteen women who started AKA in Washington, DC could never have imagined that their organization would become a vital part of college life in Japan, Germany, the Virgin Islands, and thousands of campuses across the United States. 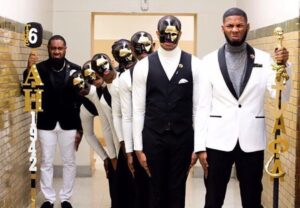 Alpha Phi Alpha was founded in 1906 at Cornell University in New York. Alpha Phi Alpha is more than a Divine Nine member: it is the first black intercollegiate Greek fraternity in the nation. Its members have fought for civil rights and social justice through segregation, apartheid, the AIDS crisis, and multiple wars, and civil rights leaders like Martin Luther King, Jr. and W.E.B. Du Bois were proud members of the fraternity. Alpha Phi Alpha now has 730 chapters and 290,000 members across the world, and the Greek organization continues to support charitable initiatives like Head Start, Project Alpha, and Big Brothers Big Sisters of America. 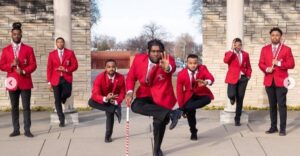 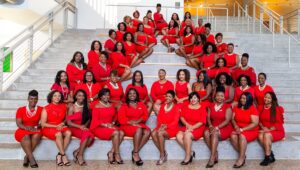 Delta Sigma Theta was founded in 1913 at Howard University, and since its inception, the sorority has been actively involved in civil rights and women’s suffrage campaigns. Delta Sigma Theta participated in the Women’s Suffrage March on March 3, 1913, and it is currently a member of the National Association for the Advancement of Colored People (NAACP) and the National Council of Negro Women (NCNW). Delta Sigma Theta is also involved in several charitable initiatives, including the Go Red For Women Campaign and World Aids Day. Notable Delta Sigma Theta members include Shirley Chisholm and and former Attorney General Loretta Lynch. 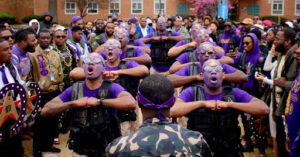 Omega Psi Phi was founded in 1911 at Howard University, and manhood, scholarship, perseverance, and uplift are the cardinal principles that have guided its members for over a century. Omega Psi Phi is the first black fraternity to be founded at a HBCU, and its members have become famous for their involvement in business, politics, civil rights, the arts, sports, and education. Michael Jordan, and Rev. Jesse Jackson were all members of Omega Psi Phi, and today the fraternity has over 750 undergraduate and graduate chapters around the world. 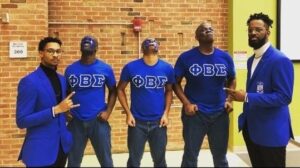 Phi Beta Sigma was founded in 1914 at Howard University to encourage “brotherhood, scholarship, and service” among young African-American men. Phi Beta Sigma is known for starting many Greek traditions, including alumni chapters, youth mentoring clubs, and fraternity credit unions. Phi Beta Sigma members are committed to their education and their communities, which is why Phi Beta Sigma is actively involved in programs like Project S.W.W.A.C. (Sigmas Waging War Against Cancer) and the Bigger and Better Business. Phi Beta Sigma has an international reach: the fraternity has more than 200,000 members throughout the Americas, Africa, Europe, and Asia. 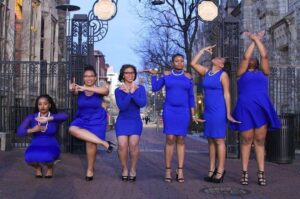 Zeta Phi Beta was founded in 1920 at Howard University as a sister organization to Phi Beta Sigma. Zeta Phi Beta has always been involved in social causes, including the National Educational Foundation and Z-H.O.P.E. (Zetas Helping Other People Excell). In 1948, Zeta Phi Beta was the first Greek organization to charter a chapter in Africa, and today the sorority has more than 800 chapters in North America, Africa, Europe, and Asia. Famous Zeta Phi Beta members include Minnie Riperton, Anita Hill, and Zora Neale Hurston. 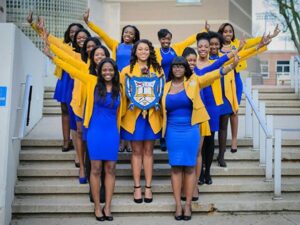 Sigma Gamma Rho was founded in 1922 at Butler University, and its members are actively involved in social causes that impact their communities. Sigma Gamma Rho is involved in a wide range of programs, including ACT Against Aids, Buckle Up America, and the National Marrow Donor Program. Notable members include Deshauna Barber (Miss USA 2016) and Joyce Carol Thomas. 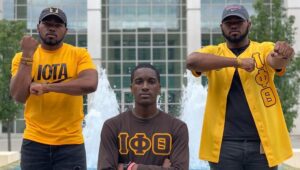 Iota Phi Theta was founded in 1963 at Morgan State University during the height of the Civil Rights Movement. The twelve men that started Iota Phi Theta were non-traditional students who were influenced by civil rights leaders like Malcom X and the Black Panthers. Iota Phi Theta became heavily involved in social causes, activism, and service, including the boycott of a segregated shopping mall in Baltimore, MD. Congressman Bobby Rush and Terrence T.C. Carson were both members of Iota Phi Theta, and today more than 30,000 college students are a part of the fraternity’s chapters.