When a majority of the Historically Black Colleges and Universities (HBCUs) were founded, it was following the Emancipation Proclamation freeing slaves in 1863. Even though a few HBCUs were founded before 1863, a majority of them were founded between 1865-1900. During this time education for African Americans followed the “separate but equal” doctrine, so most HBCUs were founded in southern states to allow African Americans to pursue higher education by abolitionists, philanthropists, or African Americans who were never enslaved. The HBCUs in Virginia are located south of Arlington close to the Richmond area. There are many other HBCUs in the DC region, including Howard University located in Washington, DC.

This week the HBCUs in the states of Delaware, District of Columbia, Maryland, Pennsylvania, and Virginia will be profiled to highlight all of the HBCUs with a close proximity to Arlington, VA. As you read the profiles and overviews of these HBCUs, take a moment to think of how these institutions of higher learning have educated many African Americans over the years and have prepared them for excellence, even while facing many challenges and obstacles. 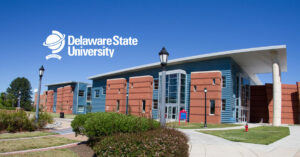 Delaware State University
School Location: Dover, Delaware
School President: Dr. Tony Allen
Date Founded: May 15, 1891
Student Population: 5,054
School Motto: Making Our Mark on the World
Website: https://www.desu.edu/
School Overview: Delaware State University (also referred to as DSU, DESU, or Del State), is an American historically black, public university located in Dover, Delaware. DSU also has two satellite campuses located in Wilmington, Delaware, and Georgetown, Delaware & is the second-largest university in the state. It’s nickname is the Hornet and the University is a member of the Mid-Eastern Athletic Conference. Their colors are Cherry red and Columbia blue and their motto is “Making our mark on the world” and “Go forth and serve.” 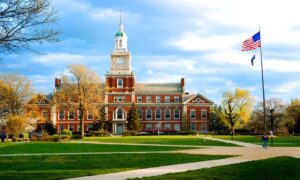 Howard University
School Location: Washington, DC
School President: Dr. Wayne A. I. Frederick
Date Founded: March 2, 1867
Number of Students: 9,689
School Motto: Truth and Service
Website: https://home.howard.edu/
Overview: Founded in 1867, Howard University is a private, research university comprised of 13 schools and colleges. Students pursue studies in more than 120 areas leading to undergraduate, graduate and professional degrees. To date, Howard has awarded more than 120,000 degrees in the arts, the sciences, and the humanities. The historic main campus sits on a hilltop in Northwest Washington blocks from the storied U Street and Howard Theatre. We are two miles from the U.S. Capitol where many students intern, and scores of alumni shape national and foreign policy. 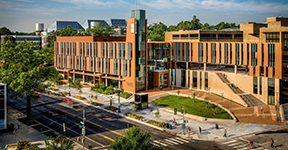 University of the District of Columbia
School Location: Washington, DC
School President: Ronald Mason
Year Founded: 1851
Number of Students: 5,521
School Motto: An Invitation to Success
Website: https://www.udc.edu/
Overview: The University of the District of Columbia (UDC) is a historically black, public university located in Washington, D.C. UDC is one of only a few urban land-grant universities in the country and a member of the Thurgood Marshall Scholarship Fund. It is also the only public university in the District of Columbia. It’s nickname is the Firebirds and the University is member of the Middle States Association of Colleges and Schools. Their colors are Red and Gold and their motto is “An Invitation to Success.” 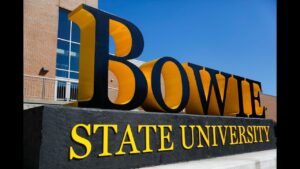 Bowie State University
School Location: Bowie, Maryland
School President: Dr. Aminta H. Breaux
Year Founded: January 9, 1865
Student Population: 6,250
School Motto: Prepare for Life
Website: https://www.bowiestate.edu/
Overview: Bowie State University (“Bowie State”), is a public university located on 355½ acres (1.4 km²) in unincorporated Prince George’s County, Maryland, United States, north of the suburban city of Bowie. Bowie State is part of the University System of Maryland. Bowie State is Maryland’s oldest historically black university and one of the ten oldest in the country. It’s nickname is the Bulldogs and Lady Bulldogs and the University is a member of the Central Intercollegiate Athletic Association. Their colors are Black and Gold and their motto is “Prepare For Life.” 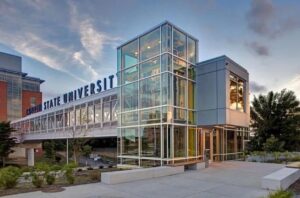 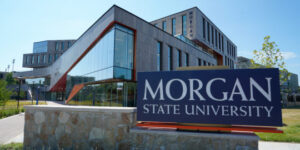 Morgan State University
School Location: Baltimore, Maryland
School President: Dr. David Kwabena Wilson
Year Founded: 1867
Student Population: 7,546
School Motto: Growing the Future, Leading the World
Website: https://www.morgan.edu/
Overview: Morgan State University also referred as MSU is a historically black college located in Baltimore, Maryland Founded in 1867 by the Baltimore Conference of the Methodist Episcopal Church as a private institution, it became a public institution in 1939 and a doctoral-granting university in 1975. Throughout its history, MSU has been a comprehensive institution emphasizing the arts and sciences and a strong general education in all fields of study, a tradition that continues today. Currently, Morgan is a member of Thurgood Marshall College Fund and possesses its own governing board of regents.

University of Maryland Eastern Shore (UMES)
School Location: Princess Anne, Maryland
School President: Heidi M. Anderson
Date Founded: Sept. 13, 1886
Student Population: 3,906
School Motto: Deeds, Not Words
Website: https://www.umes.edu/
Overview: Founded in 1886 as the Delaware Conference Academy, The University of Maryland Eastern Shore (UMES) is a land grant, historically black college. It maintains a legacy of an HBCU that offers equal education opportunity to all students. The college is located in Princess Anne, Maryland, United States and is a part of the University System of Maryland. UMES is approved by the state of Maryland and fully accredited by the Middle States Association of Colleges and Schools. 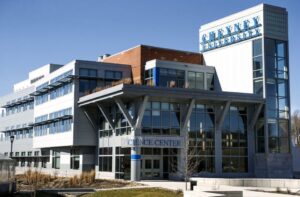 Cheyney University of Pennsylvania
School Location: Cheyney, Pennsylvania
School President: Aaron A. Walton
Date Founded: February 25, 1837
Student Population: 1,586
Website: https://cheyney.edu/
Overview: Cheyney University of Pennsylvania is a public, co-educational historically black university that is a part of the Pennsylvania State System of Higher Education. Cheyney University has a 275-acre (1.11 km2) campus that is located in the Cheyney community within Thornbury Township, Chester County and Thornbury Township, Delaware County. It’s nickname is the Wolves and the University is a member of the National Collegiate Athletic Association. Their colors are blue and white and their motto is “I Thrive Because I am Cheyney Made.” 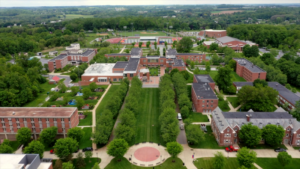 Lincoln University
School Location: Lincoln University, Pennsylvania
School President: Brenda A. Allen
Date Founded: April 29, 1854
Student Population: 2,077
Website: https://www.lincoln.edu/
Overview: Lincoln University (LU) is a state-related public historically black university near Oxford, Pennsylvania. Founded as the private Ashmun Institute in 1854, it has been a public institution since 1972 and was the United States’ first degree-granting HBCU. Its main campus is located on 422 acres near the town of Oxford in southern Chester County, Pennsylvania. The university has a second location in University City, Philadelphia. Lincoln University provides undergraduate and graduate coursework to approximately 2,000 students. It is a member-school of the Thurgood Marshall College Fund. 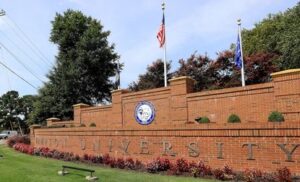 Hampton University
School Location: Hampton, Virginia
School President: Dr. William R. Harvey
Date Founded: April 1, 1868
Student Population: 3,516
School Motto: The Standard of Excellence, An Education for Life
Website: http://www.hamptonu.edu/
Overview: Hampton University is a comprehensive institution of higher education, dedicated to the promotion of learning, building of character and preparation of promising students for positions of leadership and service. Its curriculum emphasis is scientific and professional with a strong liberal arts under girding. In carrying out its mission, the University requires that everything that it does be of the highest quality. 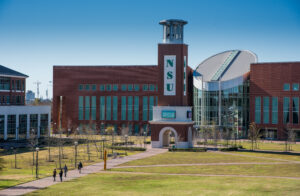 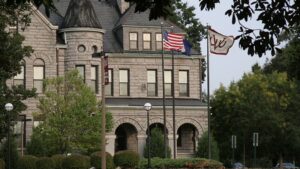