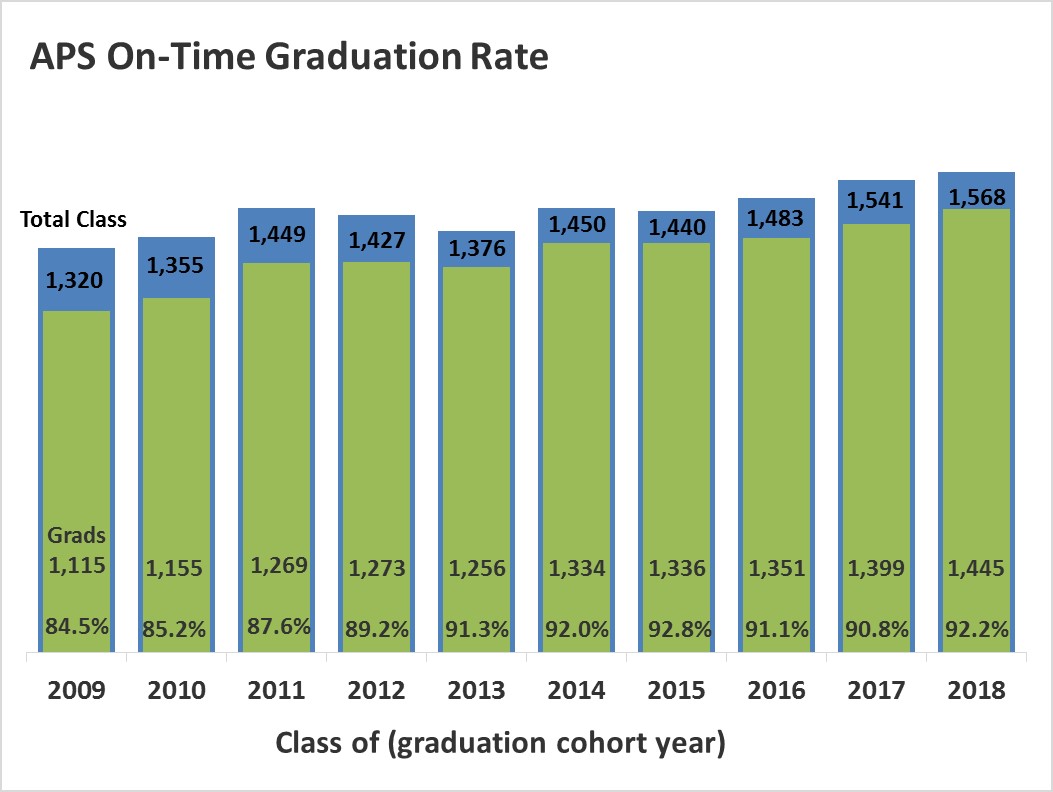 On-Time Rate for the Three Comprehensive High Schools is 95%
Students with Disabilities Show Greatest Gains in On-Time Graduation, Up 2% to 95%

This year’s APS On-Time Graduation Rate (OGR) was 92%, (1,445 students), remaining consistently high with past year’s performance. In 2018, 66% of APS students who graduated earned an Advanced Studies or IB diploma and 91% of those responding to a survey reported that they plan to continue their education with a post-secondary experience.

The OGR reflects the percentage of students who earned a Board of Education-approved diploma within four years of entering high school for the first time. OGR increased by more than seven percentage points from 85% in 2009 to 92% in 2018.

For those APS students in the 2018 cohort who attended Wakefield, Washington-Lee, or Yorktown and remained in APS for the majority the four-year period, the graduation rate was 95%. Of these students, 69% earned an Advanced Studies or IB diploma. 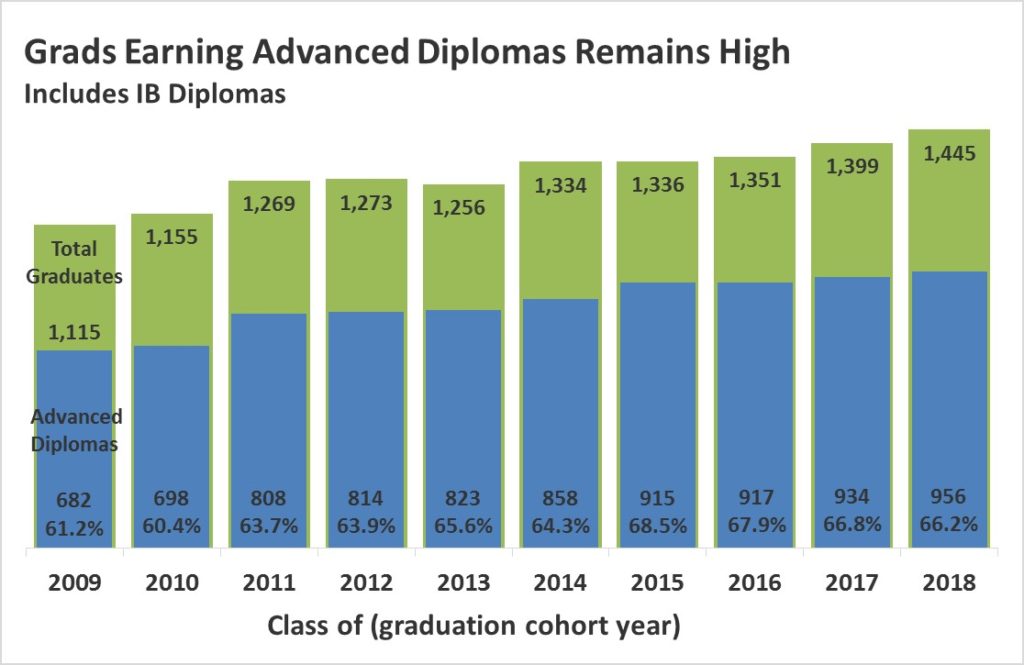 The drop-out rate of 5% represents a decrease by 1.6 percentage points from 2017. Over the past five years, the dropout rate has continued to decline.

Arlington Superintendent Dr. Pat Murphy said, “This achievement is an important indicator of the consistent quality of all APS schools, the strength of our curriculum and, most importantly, the talent and dedication of our teachers. Congratulations to our most recent graduates who continue to make us all proud, and thank you to the APS families who supported them. These positive outcomes are made possible by the excellent APS teachers, who strive to meet the individual needs of every student and prepare them to be successful in life, well beyond graduation.”

Additional Resources Online
High school cohort reports for schools, school divisions and the commonwealth are available for viewing and downloading on the VDOE website.

*Advanced Studies Diplomas include International Baccalaureate Diplomas earned by students in the IB program at Washington-Lee High School. Modified Standard Diplomas and Special Diplomas are available only to students with disabilities and, beginning with the Grade 9 class in 2013-14, will no longer be offered.