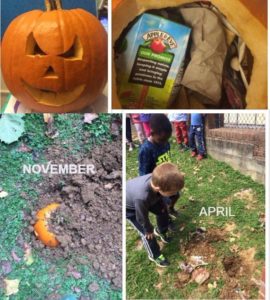 The first graders in Lauren Worley’s class at ASFS buried a pumpkin filled with trash items at the beginning of November. The goal was to compare what happened to the pumpkin and the trash after several months. Five and a half months later, they dug the pumpkin out of the ground to find that the pumpkin had disappeared, but the trash was still there. The students were excited to learn about the comparison and learned more about composting. 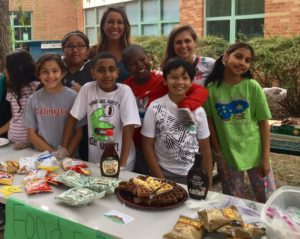 The fourth grade at Campbell has been working on a fundraiser for a charity called Food for the Poor. This charity gives food, water, shelter, and more to people around the world who need it the most. Students been learning all about this organization and working hard to raise money so we can make a difference in people’s lives. To date $312.40 has been raised through donations and $432.80 during a Bake Sale at the Wetlands Festival. A grand total of $745.20 has been raised and students will continue to collect money until the end of the year.

Barcroft recently started a chapter of Roving Readers, a multi-cultural, anti-bias family literacy program which uses the power of story-telling to connect parents and communities to their schools.  Roving Readers select multicultural, multi-lingual books and serve as special guest readers in the classroom. The organization Teaching for Change sent staff to work with the parents from Barcroft’s Bilingual Parent’s Group as well as with parents enrolled in EvenStart, an APS Literacy Program for parents located at Barcroft. These parents are reading the story “One” by Kathryn Otoshi in English, Spanish, Amharic, and Arabic to a first grade class. All Kindergarten through second grade classes will have a visit from the Roving Readers. 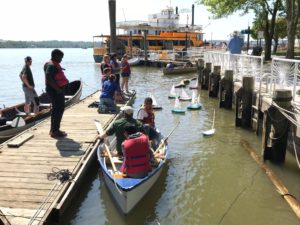 Kenmore technical education teacher Matt Cupples partnered with the Alexandria Seaport Foundation during the last year to help students design a build their own model sailboats in his ACT II, Technical Education classes. Throughout the design and build process, students learned math, science, technology and engineering as they constructed their boats beginning with a paper model and ending with model-scale useable boat. On May 8, students went to the Alexandria Seaport Foundation to test drive their boats and take a trip out on the water in a skiff boat owned and built by the foundation.  Students were also able to see and learn about the ship that has been recently excavated in Alexandria. 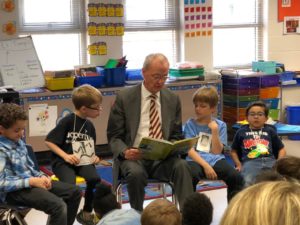 Key School Celebrated “El Dia del Idioma” April 23 with a special guest visitor. The Ambassador from Spain to the US, Mr. Pedro Morenés Eulate spent the morning reading books to students and watching their performances.He was very impressed with the program and how much Spanish and English the children have mastered at such a young age.

Ashlawn welcomed a group of eleven government officials from Morocco. Their visit was to support their government’s strategic plan (National Program for Reading) that prioritizes foundational literacy skill development for a five-year project. The delegation was led by Fouad Chafiqi who is the Director of Curriculum at the Moroccan Ministry of National Education. Ashlawn was one of two schools they visited which gave them the opportunity to see Reading and Writing Workshops in grades 1-4. 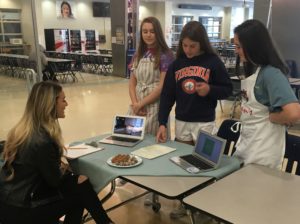 In late April, W-L 9th grade students in Kyle Petty’s health class participated in the Top Chef style “Restaurant Wars.” The students were challenged to come up with a holistic approach to a restaurant concept. Local food experts were brought in to judge as well as faculty and staff. Local food bloggers and private chefs as well as representatives from South Block and Green Sage Catering brought their expertise and experience to put the classes to the test. The students created nutritionally based restaurants, planned recycling and energy programs, developed food source and green initiates within their concepts.  Student developed commercials, websites, menus, and had a sales pitch including a budget plan and supply lists. 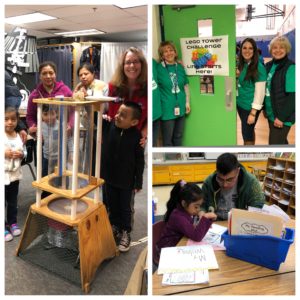 Recently Barrett a STEAM Night that engaged families in many hands-on activities and included a video conference with NASA Jet Propulsion Laboratory (JPL) in California. The Barrett Learning showcase provided a before school opportunity for students to share projects with parents in their classroom and in the Discovery Lab.