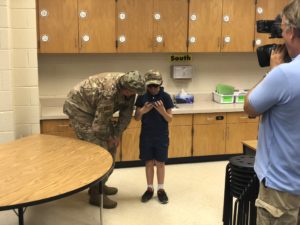 On Jun 19, there was a surprise reunion between father and son at ASFS. After nearly a year-long deployment to Afghanistan, U.S. Navy Commander Jonathan Blyth returned home to surprise his son David at school. Cmdr. Blyth promised his son that he would return before school let out. Watch the Facebook Live video of the reunion here. Watch media coverage here, here and here. 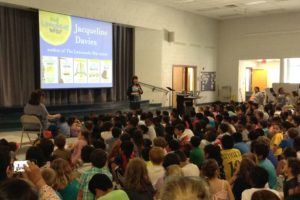 Drew Model’s summer break began with a visit from Jacqueline Davies, author of The Lemonade War. Students were thrilled because earlier this year, students participated in the Virginia Reads One Book initiative. The Lemonade War was the selected book. Her visit provided a great opportunity for students to have their books signed, ask questions, and speak with Davies who was very gracious. 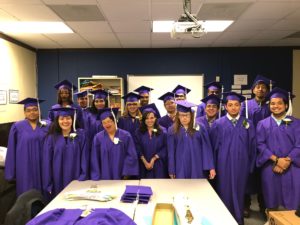 On June 7, 20 students graduated from the Career Center’s Program for Employment Preparedness.  A highlight of the event was student Giselle Mercado describing the positive impact the program has had on her life. It was a record breaking day, as students received over $12,000 in scholarship and grants for post-secondary education. 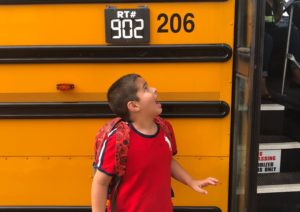 Jamestown student Jamal Rashid has taken an interest in the different makes and models of buses. Together, Rashid and his teacher Anne Vincent researched the three types of American manufactured buses, polled Jamestown bus drivers on what kind of bus they prefer to drive, and graphed it. Rashid took a fancy to Thomas Built buses. When his bus was in the shop, the bus driver would use a Thomas bus, which he adored and became very disappointed when his normal bus returned. Staff contacted Karen Archer at Transportation to explain the whole situation to her. She went above and beyond to locate a Thomas bus for his route for the remainder of the school year and also made sure that his summer school bus was a Thomas bus. Vincent contacted the Thomas bus company to share the story with them. They were so touched by it that they are in process of making him his very own replica of the Thomas bus that he rides to school, which will include Arlington Public Schools and the number 6 on it. 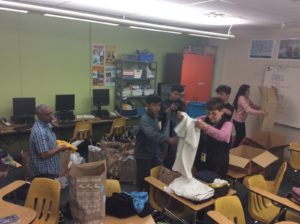 A group of four HILT A Guatemalan Thomas Jefferson students has organized to help with the relief efforts underway in Guatemala following the Fuego Volcano eruptions earlier this month. They created a video to raise awareness of the disaster and to request donations of relief supplies to help support the rescue efforts. Please take a moment to watch their video and see if you can help.​ Pictured: Minority Achievement Coordinator Tim Cotman and Bilingual Resource Assistant Patricia Yurrita help HILT A students collect and compile supplies to aid the Guatemalan volcano relief efforts. 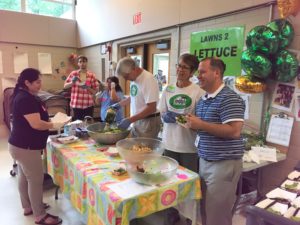 Ashlawn students enjoyed the fruits of their labor with Lawns-2-Lettuce-4-Lunch on Wed, June 13. They were hungry and ready to enjoy the Fiesta Salad!  Students ate the lettuce and other ingredients grown by classmates and the community. Neighbor Ron Battocch and former Ashlawn parent and vice-chair of the Reevesland Learning Center made the wonderful and flavorful salad which included his family’s vinaigrette salad dressing recipe.

Taylor Elementary second grader Shannon Wilson, along with Reading Specialist Dr. Sharon Gaston organized the Coins for a Cause effort entitled Nickels for Niger. The second grader and her school helpers collected $413 from the Taylor student body which will send Laima, a kindergarten student in Niger, Africa to school for one year.  Wilson plans to keep the fundraiser going next year in order to keep assisting Laima. 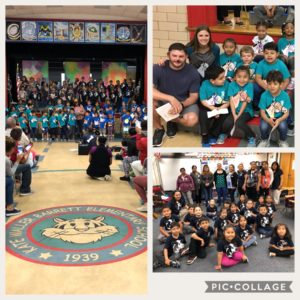