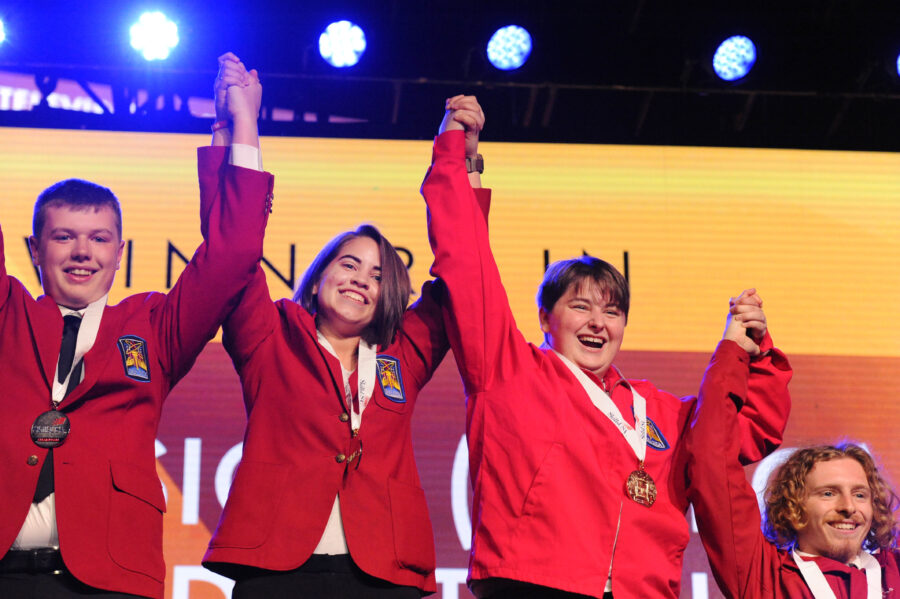 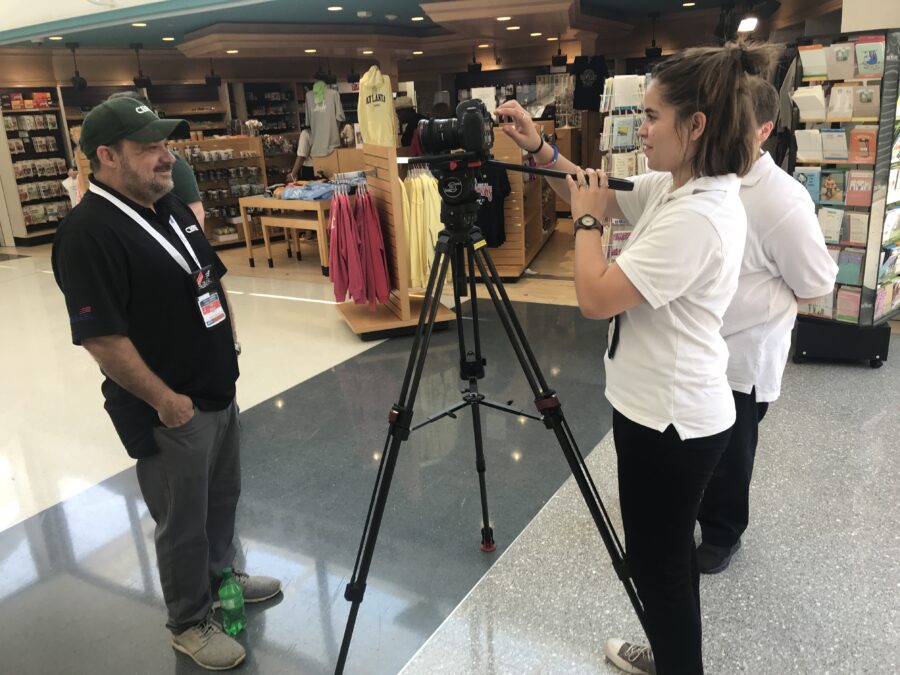 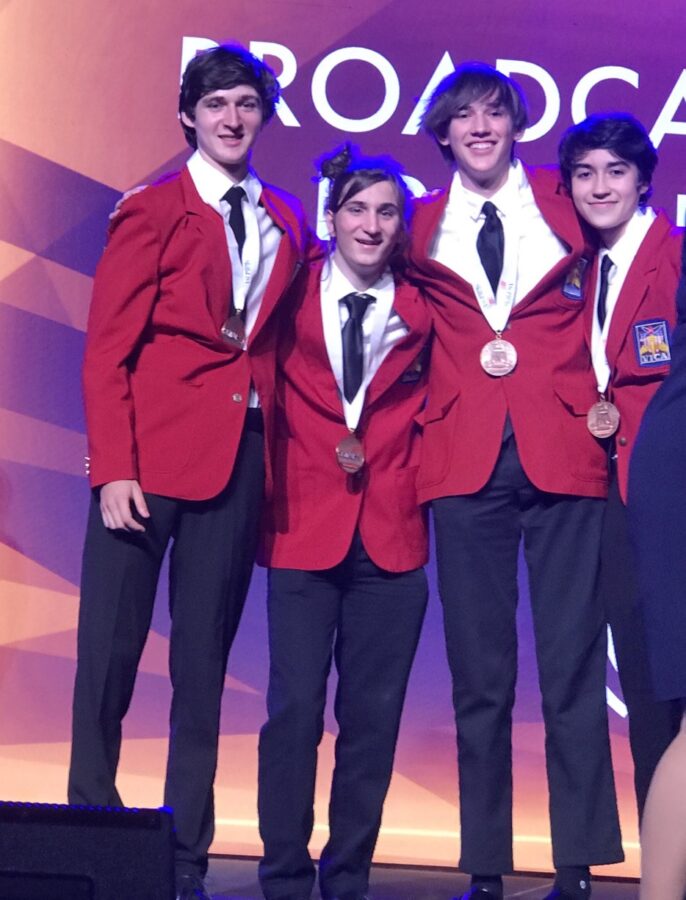 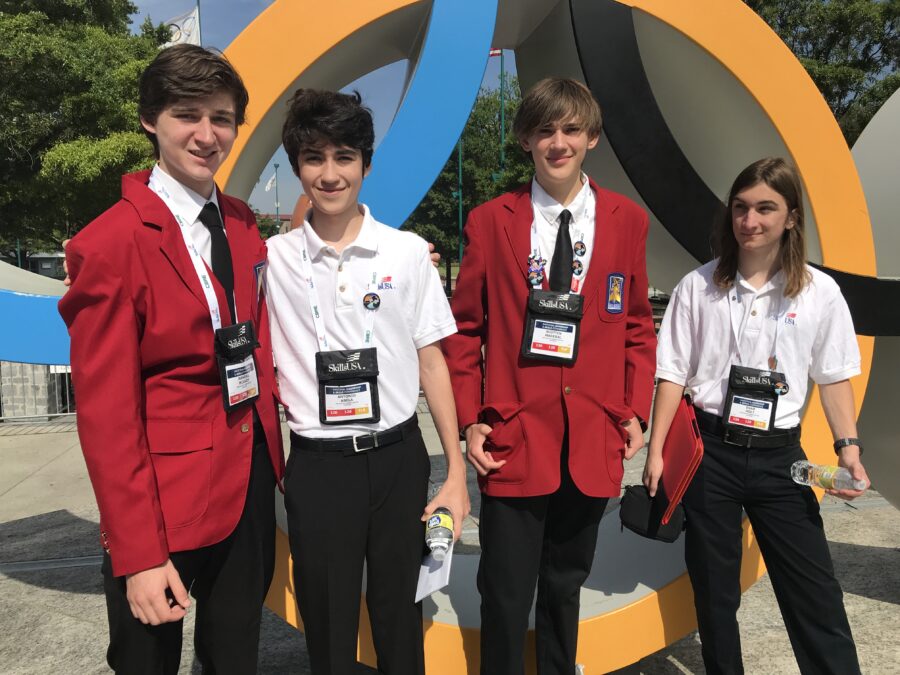 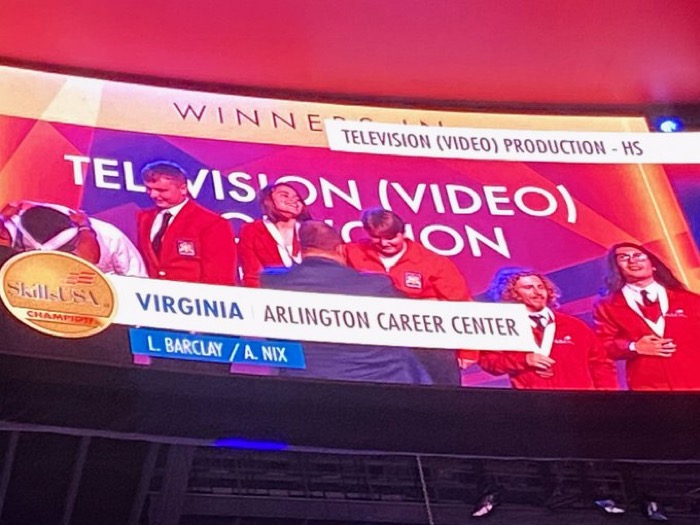 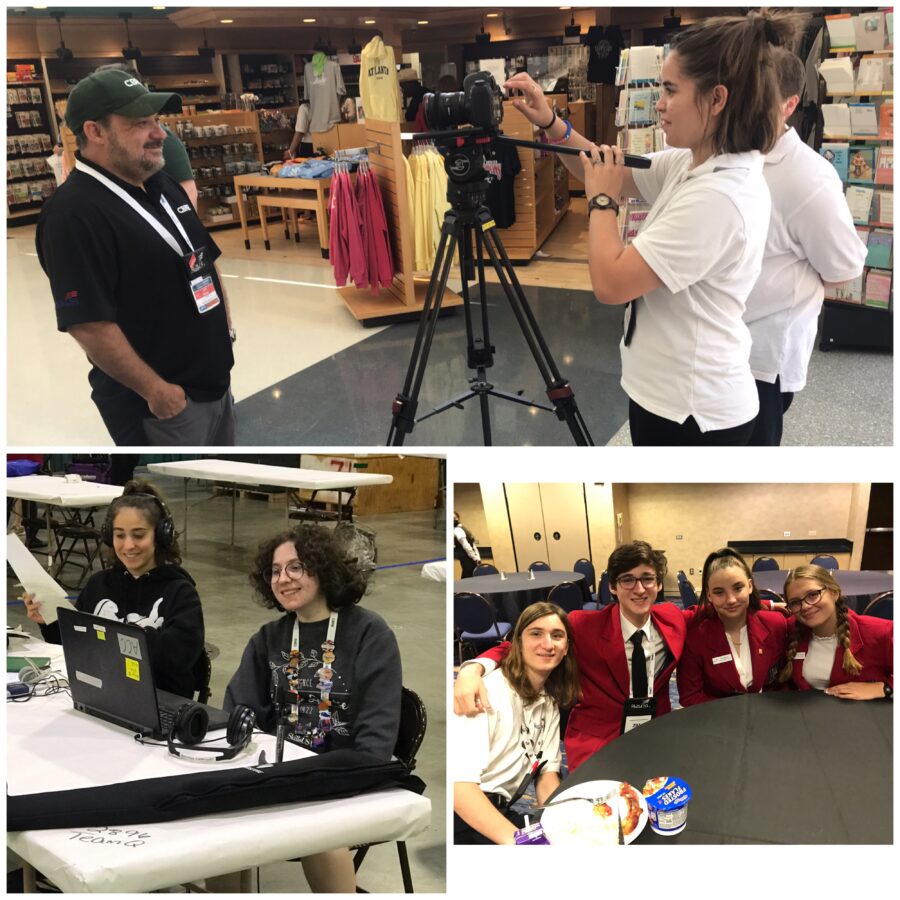 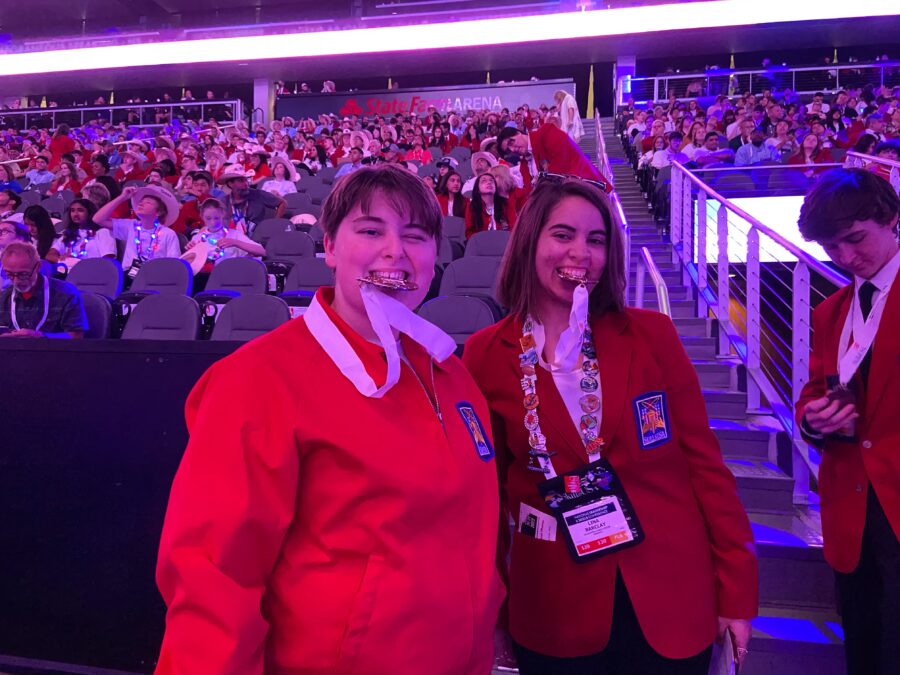 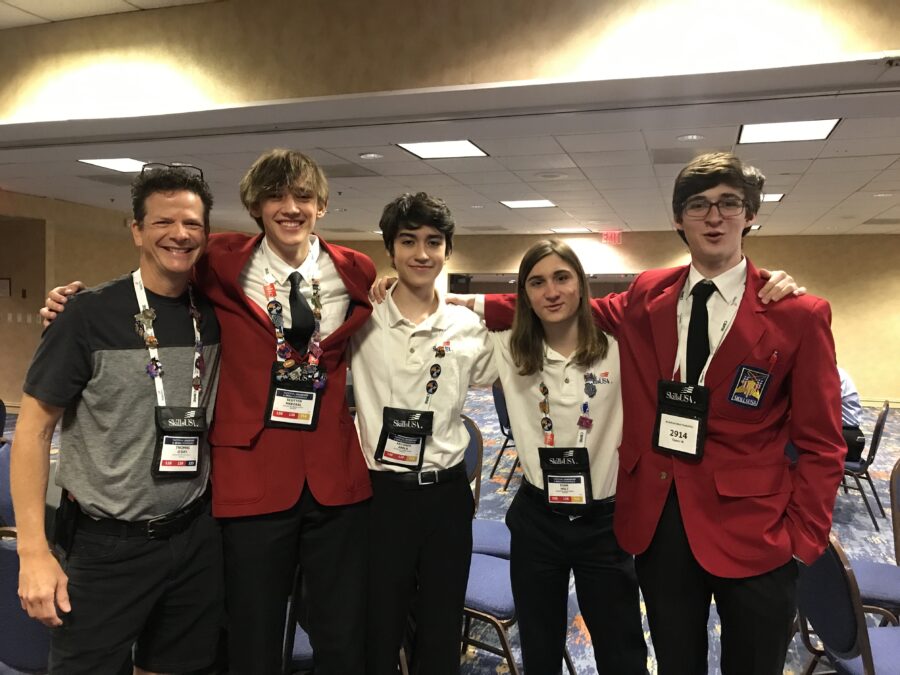 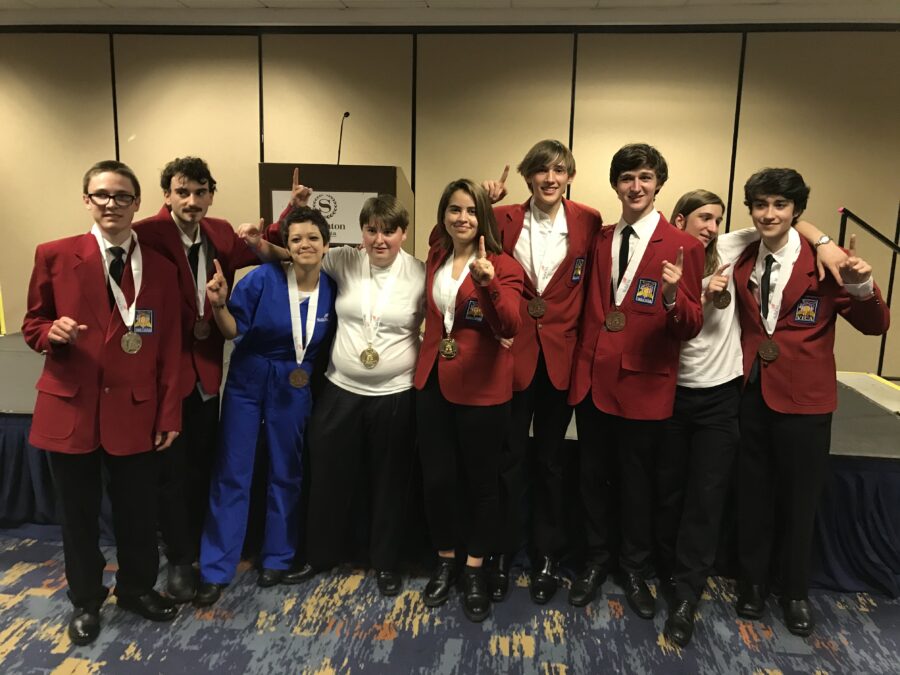 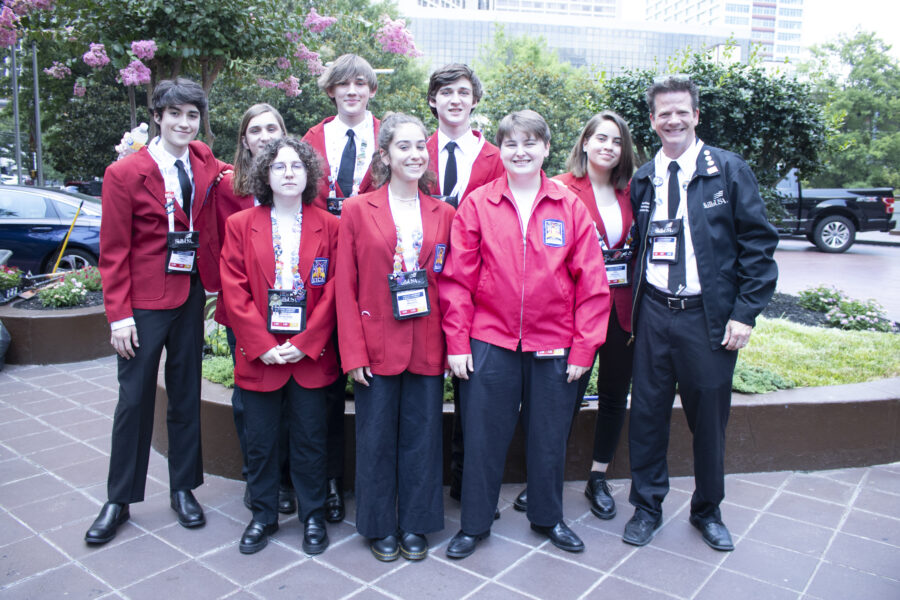 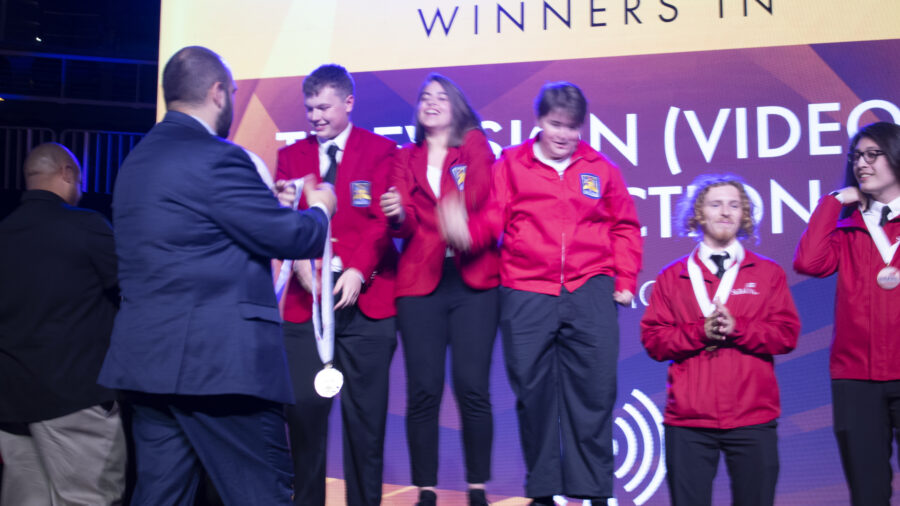 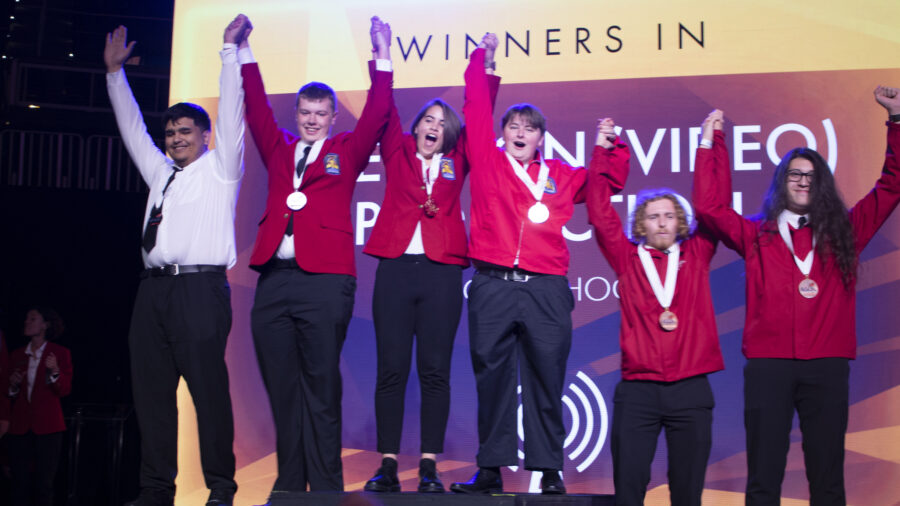 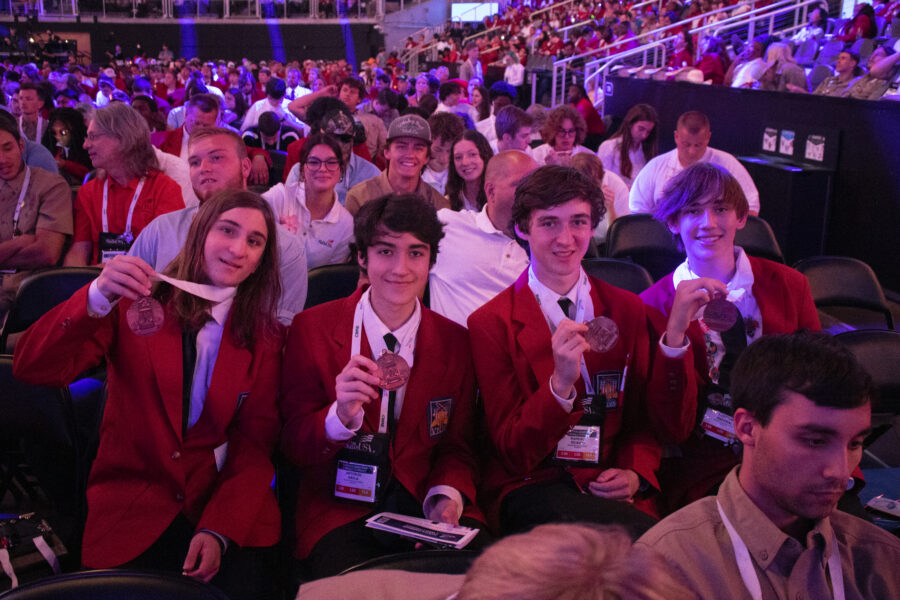 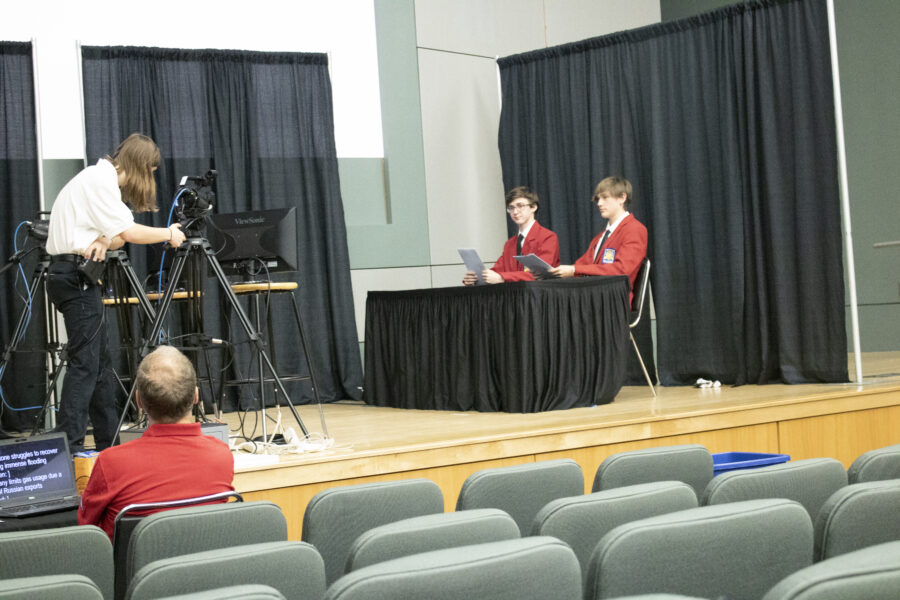 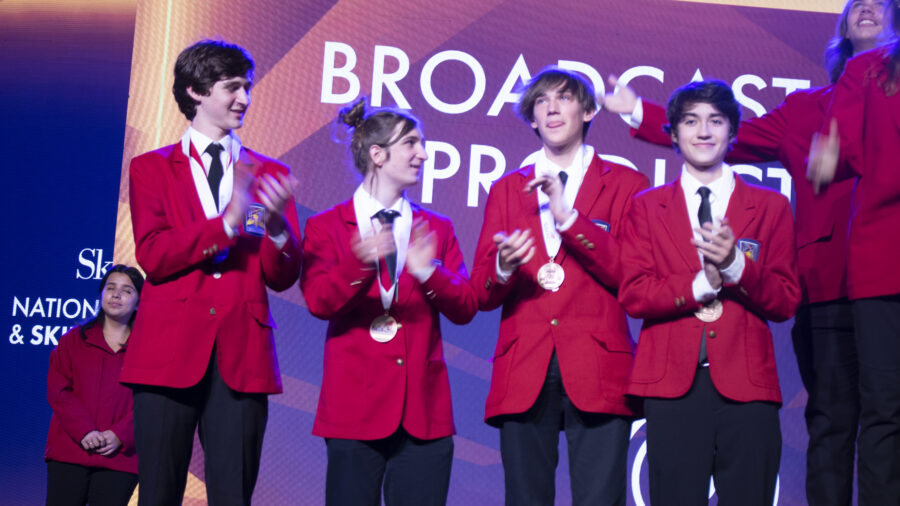 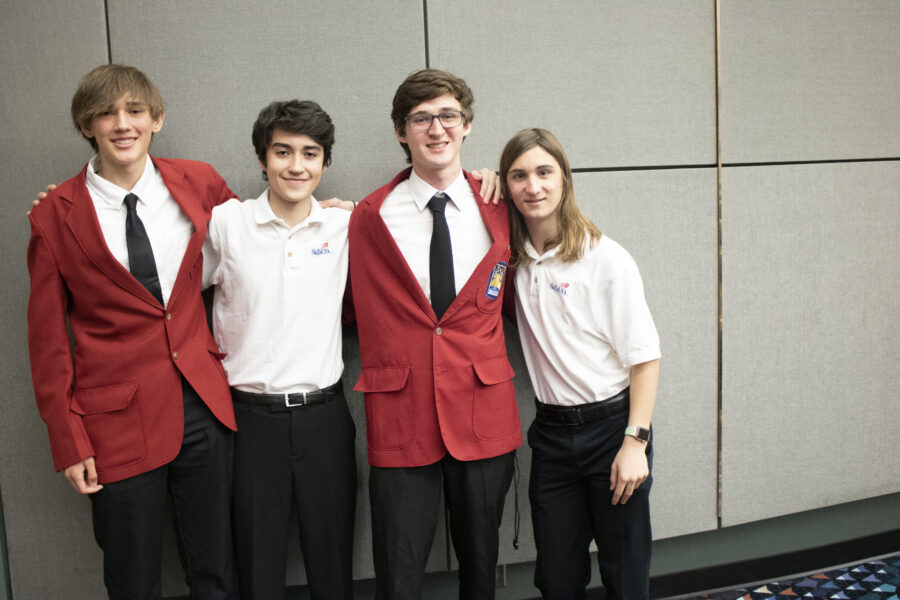 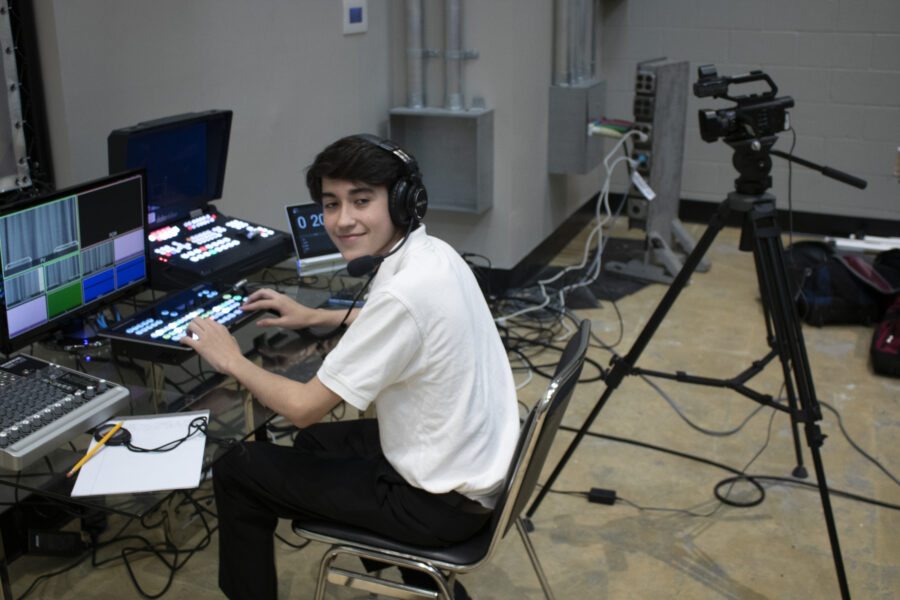 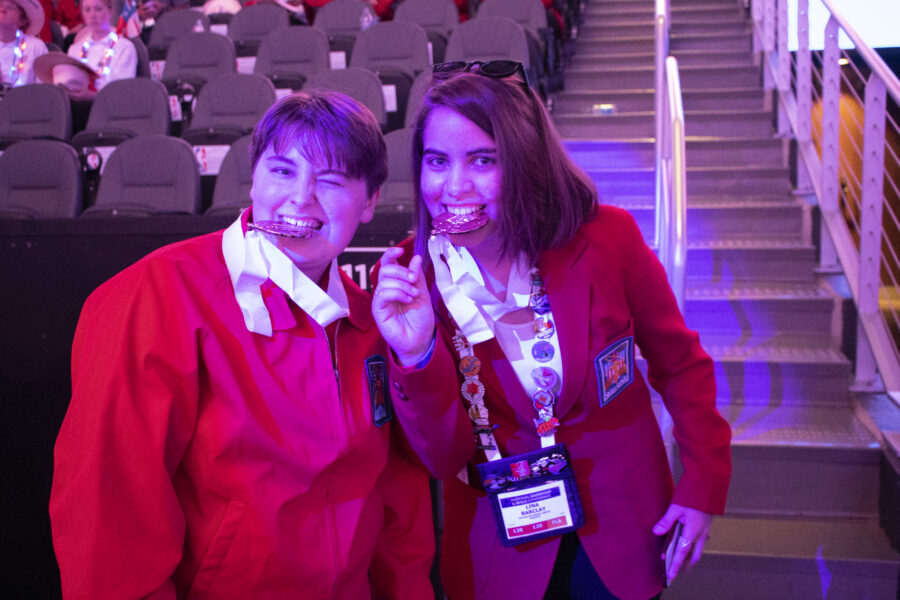 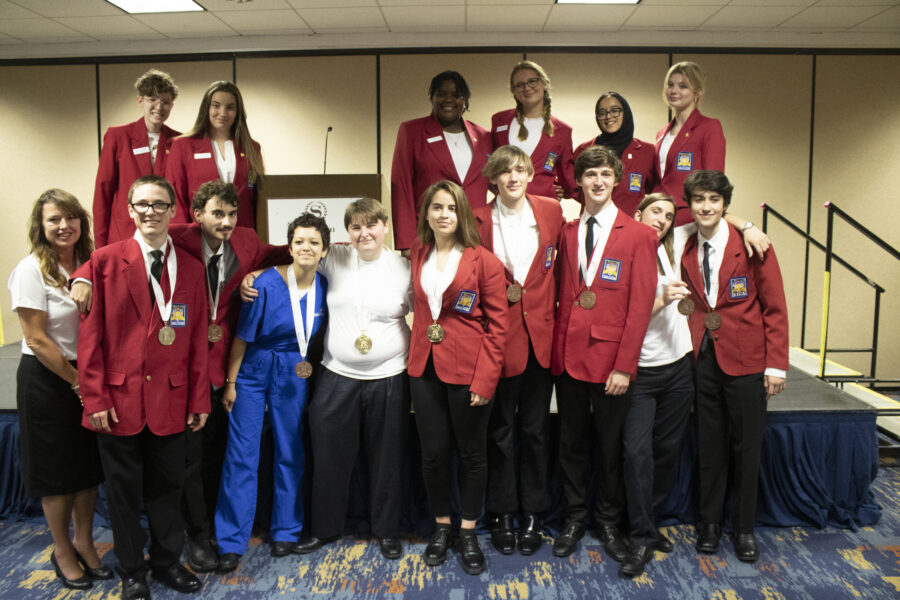 Lina Barclay and Ellie Nix, two Arlington Tech graduates from the Arlington Career Center, won the first-place gold medal in the Television (Video) Production contest at the annual National Leadership and Skills Conference and SkillsUSA Championships in Atlanta. Barclay and Nix represented Virginia in this contest and competed against 37 other teams across the United States.

The Television (Video) Production contest is a two-member team contest where students are given a prompt to plan, shoot and edit a 60-second promotional video in two days. The team is evaluated on skills such as adherence to the prompt, shot selection and composition, camera stability and focus, audio quality, editing flow and transitions, speech/music balance and on the “wow” factor of the piece.

The students were tasked with creating a 60-second promo for SkillsUSA TECHSPO, who were the sponsors of the event. These sponsors had various booths set up throughout the Georgia World Congress Center.

Tom O’Day, television and multimedia production instructor, has waited a long time for this result. “This is an extremely difficult contest to win. We have competed in this contest for over 25 years and could never get over the hurdle to win. It’s incredibly competitive since we are taking on each state champion.”

Barclay and Nix came in second place in the virtual contest last year and were determined to win the whole thing this year. O’Day said, “I am proud of Lina and Ellie for pushing themselves throughout the year by improving their shooting and editing. Their hard work has paid off and they can proudly say that they are national champions.”

The Broadcast News contest is a four-member team contest where two team members serve as the anchor team, one as the floor director and the other as the team’s director. The team is evaluated on skills such as their broadcast writing ability, time management, directing, proper use of hand signals, performance techniques, and teamwork.

All teams received an identical hard copy of various newswire service printouts. Their initial task was to determine the top stories of the day, and put them in order of importance. Next, working against the clock, they had to rewrite the stories, and then perform a three-minute professional news broadcast in one live take.

Rising seniors, McAvoy and Maderal were the news anchors and rising senior Holt acted as the floor director and relayed cues from rising senior Abela who served as the director. Abela also had the responsibility of switching from the three different camera angles, and adding action clips with titles.

O’Day credits their dedication for winning the bronze medal. “These students spent months of class time preparing for this moment and I feel fantastic that their efforts were rewarded.”

Other Career Center students that placed in the national top 20, included the Audio-Radio team of rising senior Esther Schneider and rising junior Natalie Walker who came in 17th place respectively.

Twelve individual medals were awarded to the Virginia team with six of them going to the Arlington Career Center students. The Virginia team respectfully won one gold, one silver and five bronze medals for the Commonwealth.

The SkillsUSA Championships featured thousands of students competing in over 100 occupational and leadership skill areas. The annual event was held in conjunction with theSkillsUSA National Leadership and Skills Conference, one of the nation’s largest workforce development events for students. At the conference, students participated either as competitors or as voting delegates. Competitors focused on one technical skill, while delegates represented their state and conducted the business of their organization, also electing student national officers for the year. Students also interacted with business and industry representatives, heard from government officials and attended educational sessions.

About SkillsUSA:
SkillsUSA is a nonprofit partnership of education and industry founded in 1965 to strengthen our nation’s skilled workforce. Driven by employer demand, SkillsUSA helps students develop necessary personal and workplace skills along with technical skills grounded in academics. ThisSkillsUSA Framework empowers every student to succeed at work and in life, while helping to close the skills gap in which millions of positions go unfilled. Through SkillsUSA’s championships program and curricula, employers have long ensured schools are teaching relevant technical skills, and with SkillsUSA’s new credentialing process, they can now assess how ready potential employees are for the job. SkillsUSA has members nationwide in high schools, colleges and middle schools, covering over 130 trade, technical and skilled service occupations, and is recognized by the U.S. departments of Education and Labor as integral to career and technical education. The Television Production program at the Arlington Career Center offers dual-enrolled college courses in media production with a state-of-art control room, studio and editing lab. Students receive an opportunity to earn a professional credential in Adobe Premiere which is the industry standard editing software. For more information on classes reach out to Tom O’Day at tom.oday@apsva.us.