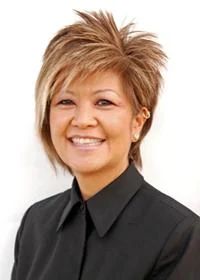 Executive Assistant to the Superintendent also Appointed
The School Board appointed Joanne Uyeda as Interim Chief Academic Officer at its April 28 meeting. Uyeda served as principal of Abingdon Elementary School until her retirement in 2019. Her appointment begins May 2 and she will serve in this role until the position is filled.

Uyeda has worked in various principal and administrative positions for Arlington Public Schools since her retirement. She has supported new administrators, organized countywide professional development for APS leadership groups, and held interim appointments as the elementary administrator for the Virtual Learning Program and the principal at an APS elementary school. Uyeda has also completed a Virginia Department of Education application for an alternate route to licensure for Montessori teachers.Uyeda has worked in Arlington County Schools for more than 35 years, first as a teacher and then as an administrator. After beginning her teaching career in Illinois, Uyeda came to Arlington in 1985, serving as a special-education teacher at Patrick Henry Elementary School. She served as assistant principal at Oakridge and Taylor elementary schools before becoming principal at Abingdon in 2001. Uyeda was named APS Principal of the Year in 2006.

Her appointment begins May 3. She will serve in this role temporarily until the position is filled.

Executive Assistant to the Superintendent
Amanda Villatoro Reyes was appointed Executive Assistant to the Superintendent. She is currently the Executive Administrative Specialist for the Office of the Chief of Staff and brings over 8 years of experience in education from her time working here at APS and formerly at Fairfax County Public Schools. Reyes has been an instrumental team member in all the offices she has worked with during her time at APS, especially since she easily adapts to incorporating technology into various process to improve them. With her professional knowledge, high capacity, and overall excellent abilities, she has been an outstanding asset in all of her previous roles.