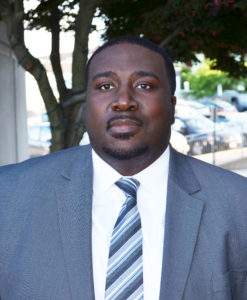 The Arlington School Board approved the appointment of Bryan Boykin as the Principal of Williamsburg Middle School. Boykin is currently the Assistant Principal at Carlin Springs Elementary School.

“I was pleased to recommend Bryan for this new instructional leadership role due to his commitment to middle school students and families.  Bryan is a dedicated and collaborative school leader who believes in fostering safe and creative learning environments for all students to have them excel,” said Superintendent Dr. Pat Murphy. “Given Bryan’s experiences as a high school counselor and an administrator at the elementary and middle school level he brings a clear understanding and expertise to this new leadership role. His background in making connections, fostering transitions, and supporting middle school age students is pivotal in helping them develop academically, emotionally, physically, and socially.”

Boykin has been with Arlington Public Schools since 2011 when he became an assistant principal at Williamsburg Middle School. He was there until August 2016 when he moved to Carlin Springs.

He previously served as a counselor at T.C. Williams High School in Alexandria. Boykin also served as character education coordinator at Heyward Career and Technology where he assisted students in identifying inappropriate behaviors and the underlying causes in order to correct them. He began his career as a special education teacher at Irmo Elementary School in South Carolina.

His appointment will begin on July. 1.