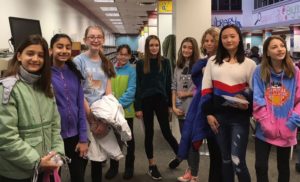 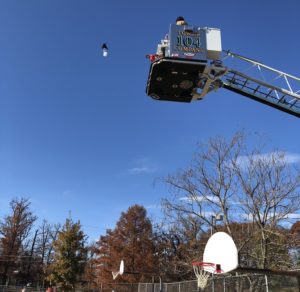 ASFS Celebrates Outside the Box Day
Students in grades K-5 at ASFS took part in an annual day of STEM focused on children’s engineering called Outside the Box Day. This celebration was created with the intent to encourage all students to think critically and with a scientific approach when faced with the need to problem solve. Students at ASFS spent the morning of Nov. 28 engaging in activities like bridge-building with toothpicks and gum drops (grade 3) and creating a wearable lantern to light the way in the dark (grade 4). Parents were invited to join in on the celebration and work with students across all classrooms. Fifth graders were especially excited to take part in the egg drop – by being asked to create a cushion model to keep the egg from breaking when it was dropped from an extended ladder on an Arlington County fire truck, which visited the school in the late morning. 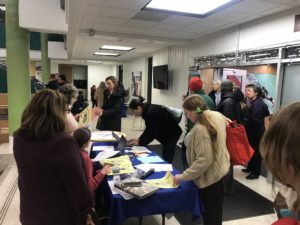 Career Center Transition Fair
On Dec. 6 at the Career Center, over 30 transition agencies presented resources available to APS graduates with special needs related to employment, transportation, education, and housing. The evening was made possible by Christina Eagle, Micah Stein-Verbit and the entire PEP team due to their incredible flexibility in rescheduling and planning the event after the unexpected snow date last month. 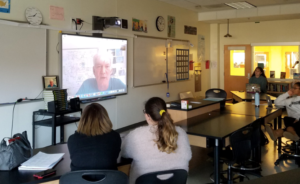 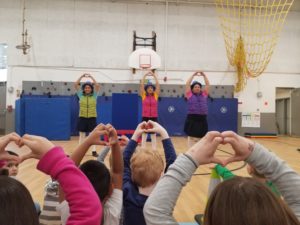 Teatro de la Luna Entertains Henry Students
Henry students in kindergarten through second grade had an opportunity to watch “Siempre Amigos” performed by Teatro de la Luna on Thu, Dec. 6. Teatro de la Luna had three actresses become different characters to narrate the story of Lolita, the girl whom with the help of her friends, Blue Bird and Mrs. Parrott overcome bullying. This performance highlighted the cons of bullying and the pros of being buddies. 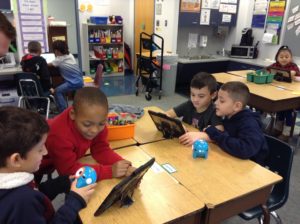 Drew’s Hour of Code
Technology is a major part of a student’s life. Since students use technology, it’s important that they understand the language of code. It commands their favorite video games and tech toys. Several volunteers from Storyblocks, located in Arlington, helped students navigate different coding challenges designed to direct Ozobots as well as Blue-Bots color code, draw lines, travel through mazes and more! This is the fifth year that Drew has participated in the Hour of Code. Third and fifth grade classes participated in another Hour of Code activity called “Dance Party” during their scheduled music class with Jesse Williams. “Dance Party” allows players to design dance moves. It supports problem solving and critical thinking. Hour of Code engages all students; it’s education at its best. 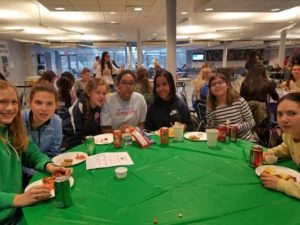 Yorktown Students Celebrate Similarities with Unity Potluck
Yorktown held its 3rd Annual Unity Potluck on Dec. 4. Students came together after school to celebrate how they are all similar as well as have an opportunity to meet new people. Students participated in an ice breaker, wrote holiday cards to the elderly, and decorated holiday cookies. Students snacked on treats from various cultures. 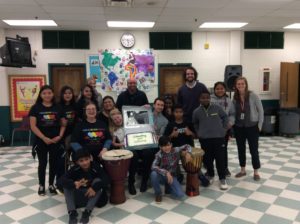 Swanson’s Multicultural Night
Swanson held its annual Multicultural Night event at the end of November. Highlights of this year’s events included food trucks, fabulous live entertainment, and a heritage display, created by Sally Donnelly’s sixth grade reading classes. Principal Renee Harber welcomed families and introduced  student emcees Amina Dridi, and Emily McKown who gave a bilingual introduction to the many performers who sung, danced and acted out legends. A variety of cultures were represented during the evening. Some of the entertainment included dances ranging from Mexican and Brazilian folklore to Shakira. The audience was also treated to the reenactment of an Indonesian legend. Faculty performances included Peter Farrell’s Irish fiddle and Tammy Metz’s folk music on the guitar which included a sing along. Octavia Harris led the crowd in a dance along as the evening wrapped up doing the Cupid Shuffle. 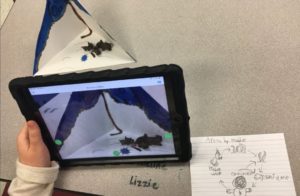 Ashlawn Students build Ecosystem
Students in Keith Knott’s class at Ashlawn got creative by using the Seesaw app to explain the “tri-orama” ecosystem they built, including food chains, and how their animals are adapted to survive. Students then watch and listen to other student tri-orama examples. Tri-oramas represent real-life ecosystems and show a three-dimensional snapshot of an environment. 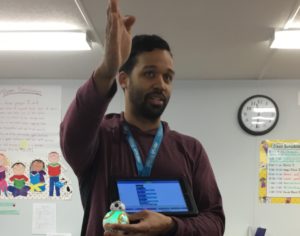 Oakridge Codes
As part of the APS Week of Code, Oakridge fifth graders bombarded science teacher Sean Jones with higher level thinking questions about CODE. What happens if you put a 2 into binary code? What if you only typed binary code into the search bar on the internet? Could we learn to speak using only binary code? All these students were immersed in the problem-based learning activity, Dragon Spells, on the Tynker app. During the class, Jones introduced students to Sphero Robot, a 3-D ball that requires more advanced coding to function. This coding toy provides students with real data about the movement of the Sphero ball via a variety of graphs. ITC Kyle Taylor and C.U.B.E. teachers Audrey Nolan, Zahara Arif and Julia Souvlis led groups using the Kodable app and Code.Org (Dance Party.) In P.E., students particiated in a Robots Coding Relay where they created a real maze using a variety of PE materials and then write code that should be able to guide a teammate through the maze. 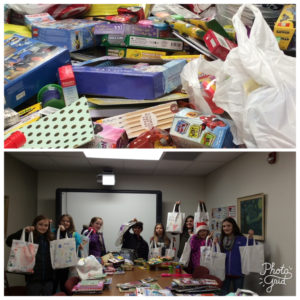