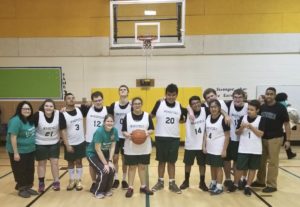 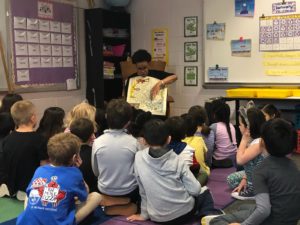 Living History Museum Visits Henry
Henry students enjoyed exploring the living-history museum of 17th-century Virginia. A historical interpreter from the Jamestown-Yorktown Foundation discussed and demonstrated life in the 1600s. She shared with Henry students the culture of coastal Virginia’s original inhabitants in the Powhatan Indian Village and the origins of the first know Africans in Virginia. This presentation helped make History come to life for our students! 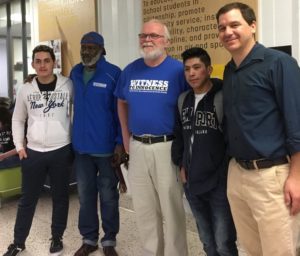 Exonerated Death Row inmates Speak at Career Center
At the Career Center on January 17, students and staff listened to a presentation by Kirk Bloodsworth and Shujaa Graham, both exonerees from Death Row. These men were wrongfully accused of murder and were released by the Innocence Project. Bloodsworth being the first in the nation to have been exonerated. Anne Cupero’s Forensic Science class was the sponsor of this presentation, a tribute to both CTE Month and justice. 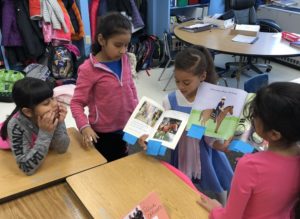 Barrett Holds Reading Celebration
Barrett reading specialist Elizabeth Rente and second grade teacher Ashley Giglio planned a reading celebration for their students. Leading up to the celebration, students worked with texts around a single topic to become experts. They looked for parts that fit together, facts and vocabulary that made them grow their knowledge and helped them become experts. Then they celebrated all they had learned by being “tour guides” and taught another group of students who visited their “exhibit.” 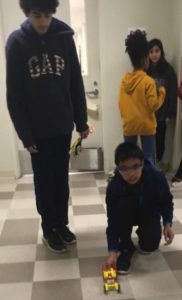 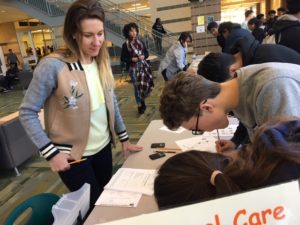 Wakefield’s Reality Store
In January, Virginia Tech’s Reality Store gave Wakefield’s economics and personal finance students a window into their possible personal financial future. As students walked into Town Hall, they found out what their future job would be, their salary, information about their spouses’ income and the number and ages of their children. Their task was to create a budget that included where they would live, how they would transport themselves and their families; their medical plan, their groceries, their entertainment and more. Students reflected on how far—or little—they were able to stretch their paychecks and importance of saving and planning.