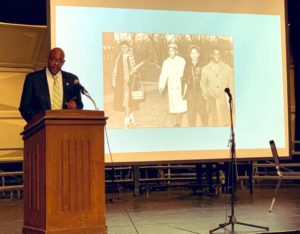 APS Marks 60th Anniversary of the Desegregation of Schools
APS Desegregation: Honoring the Past, Envisioning the Future celebrated the 60th year celebration of when Stratford Junior HS became desegregated. The event, sponsored by APS and Arlington County Historic Preservation Program, recognized the events of Feb. 2, 1959, when four African American seventh-graders enrolled at Stratford Junior High School, marking the beginning of the end of the Commonwealth of Virginia’s practice of public school segregation. The program included a performance by the H-B Woodlawn Choir, essay participants from the Martin Luther King Jr. Literary and Visual Arts contest, and NAACP Arlington Chapter President Julius Spain, followed by a question and answer period. 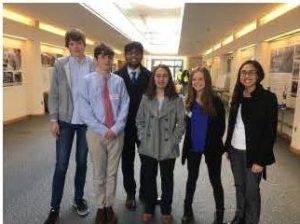 Yorktown Competes in Science Bowl
On Feb. 2, Yorktown students Arshdeep Singh, Drew Sullivan, Liam Thompson, Morgan Feist and Matt Hankins participated in the Science Bowl Competition at Jefferson Labs, in Newport News. This is the first time Yorktown students have participated in the competition and surprised many other teams by winning second in their division for the round robin matches. The team then advanced to the double elimination rounds. After several tough afternoon matches, including a very challenging match against Thomas Jefferson High School for Science and Technology, they ended up placing 5th out of 16 schools. Yorktown science teacher Jessica Paz-Soldan sponsored students for this competition. 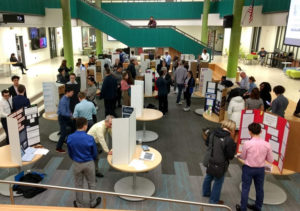 Career Center Hosts 3rd Annual Science Fair
The Career Center hosted their third annual science fair on January 24. It was awesome to view all the inspiring projects by our budding scientists and to hear them articulate so clearly how they conducted their projects and the insight they learned as a result. The event was organized by Tinequa Reese and Ashley Neal. 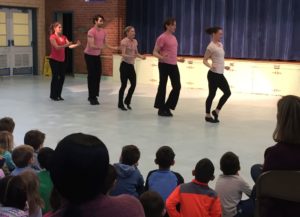 Bowen-McCauley Performs at Taylor
On Jan. 29, The Bowen-McCauley Dance Company gave a thrilling dance performance for the Taylor community. The dance company energized staff and students with inventive and vibrant choreography. It was a fusion of contemporary and classical techniques set to a range of musical styles. Showcasing the founding Artistic Director Lucy Bowen McCauley’s choreography, the award-winning company is renowned for its spirited dancers. 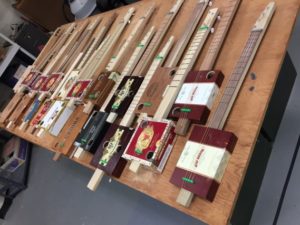 Jefferson Students Design Guitars
Seventh grade technology education students at Jefferson designed and created cigar box guitars using 3D printers, the wood shop lab, and laser engravers. The guitars will be used by students during a concert at Kenmore with a focus on the Piedmont Blues style of music. In preparation for the concert, students have been invited to write lyrics to one of several songs about living in Arlington. Cassidy Nolen and Chris Ammon are the technology education teachers at Jefferson. 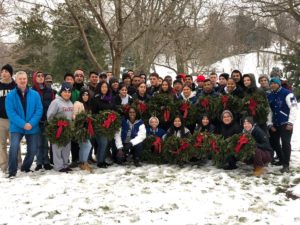 AFJROTC Participates in Wreath Cleanup
On Jan. 19, 41 VA-821 cadets from the Career Center, along with seven chaperones, supported Wreaths Across America cleanup at Arlington National Cemetery. This was a great opportunity to pay respect to American heroes and to serve the community. Colonel Scott Dierlam, USAF (Retired), the Senior Aerospace Science Instructor at the Career Center, helped organize students. 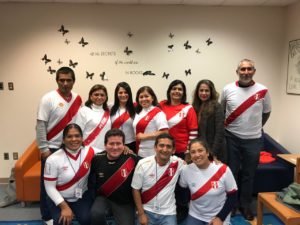 Key Hosts Peruvian Educators
Key School just said good bye to 10 Peruvian teachers from the Colegio San Agustín Chiclayo. They spent the month of January volunteering for three and a half weeks at Key in hopes to learn more about the U.S. school system and American culture. Key students benefited from the visiting teachers’ expertise, language skills and got to learn more about the country of Perú. It was truly a beneficial experience for both parties and many life-long friendships were created. A number of Key families and staff hosted the delegation during this time and made it possible for this exchange to happen.The fifth graders in Humaira Omar’s class worked with Senor Rubio. The students loved his presentation on Peruvian culture on the last day and were especially grateful for the sweets from his region, Chicalayo. 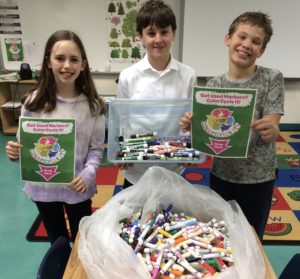 Tuckahoe Participates in Marker Recycling Program
Tuckahoe’s fifth grade “Green Team” continues to improve the school environment through invasive species removal, picking up trash in the schoolyard and nearby park, planting a tree, and planting flowers for pollinators. They also took the lead in getting the school involved in Crayola’s ColorCycle program. As a ColorCycle school, the Green Team collected used markers school-wide. This reduces the school’s waste stream and is a good way to involve all of students in learning about and supporting sustainability. The markers are repurposed to make wax compounds for asphalt and roofing shingles as well as to generate electricity that can be used to heat homes, cook food, and power vehicles. 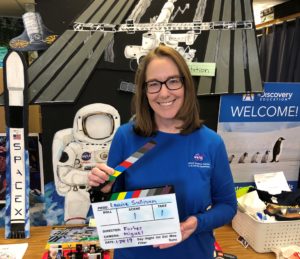 Barrett to be Featured in Upcoming U.S. State Department Film
Barrett’s Exemplary Project, Project Discovery, will be featured in an upcoming film produced by the U.S. Department of State that will be released to coincide with the International Day of Women and Girls in Science on Mon, Feb. 11. Dr. Laurie Sullivan was interviewed about STEM & STEAM teaching in the Discovery Lab and Barrett’s activity as Virginia’s first elementary NASA Explorer School. The film crew also interviewed students and filmed classes in action in the Discovery Lab. More information about Barrett’s NASA Explorer School is available online. 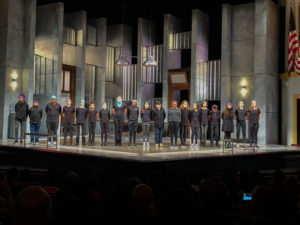 Gunston Students Participate in Oratory Festival
Ford’s Lincoln Oratory Festival enables students to experience the power of public speaking to communicate ideas and inspire others. Using the words of President Lincoln, students from Gunston learned the historical context of a speech, the power of oratory and the fundamentals of performance and public speaking. Gunston was one of 20 D.C. metro area schools selected to participate in this year’s festival. Students chose to learn about and recite Lincoln’s “House Divided” speech. For them, this speech was relevant today as our country is deeply divided politically and socially. Students chose to express actions of togetherness and unity throughout their performance as a nod to Lincoln’s ideology that our country is strongest, and our nation more perfect, when we come together as one. 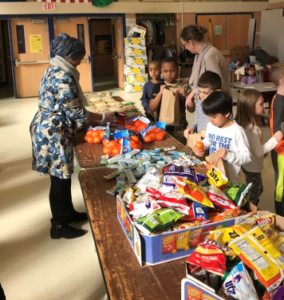 ASFS holds Community Service Week
Students and staff at ASFS held their first annual Community Service week starting Jan. 22. Each grade level throughout the school took part in various donation drives. Students in grades K-1 completed a coin and cereal drive for A-SPAN, students in grades 2-3 completed a collection of care package supplies for Operation Turbo in support of the military troops stationed overseas. Students in grades 4-5 held a collection for used blankets and towels which will be donated to Lost Dog animal shelter in Arlington. Following the collection drives, parents of students plan to hold grade level activities in which student’s box and bag the collected donations, while discussing the significance of charity and generosity.