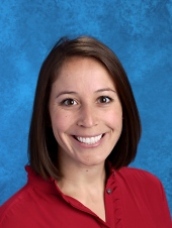 Arlington Superintendent Dr. Pat Murphy, has announced the appointment of Cameron Snyder as Acting Principal for Patrick Henry Elementary School for the remainder of the 2017-18 school year. In making the announcement, Murphy said, “Cameron has been a strong leader at Henry during her time as Assistant Principal. Most recently, she has provided excellent leadership  and support to the Henry community following the sudden passing of Principal Annie Turner.”  He continued, “Cameron’s knowledge of Henry’s instructional program, operations, staff, students and community make her uniquely qualified to successfully lead the school to the end of the year..”

Murphy also appointed Elizabeth Walsh as Acting Assistant Principal for Henry Elementary School for the remainder of the school year.

Background:
Cameron Snyder has been a strong instructional leader at Patrick Henry over the last four years. Partnering closely with Annie Turner over the last four years has provided her with strong foundation and consistency needed at this time to lead the Patrick Henry community. A graduate of the University of Mary Washington and George Mason University, she holds degrees in Elementary Education and Educational Leadership/School Administration. Prior to join the administrative team, Ms. Snyder taught for five years at Patrick Henry and was the lead math teacher. In 2016, she was recognized by the Leadership Center for Excellence on the 40 under 40 list. Ms. Snyder’s passion for students, staff and families and drive to enhance her leadership opportunities are evident everyday with the Henry staff and community. I believe that her strong instructional background and experiences will transfer well to the acting principal position at Patrick Henry.

Elizabeth Walsh has been with APS since 2012. She has served as a special education coordinator, instructional lead coordinator for special education curriculum and practice, and currently serves as an instructional specialist in the Department of Teaching and Learning, leading the instructional intervention work in schools. Ms. Walsh is widely known among her colleagues and families for her compassion, instructional knowledge, and communication/collaboration skills. Ms. Walsh has a rare mix of skills that makes her a valuable asset to an organization. She has a strong ability to build positive relationships; lead others in making instructional decisions based on data and is comfortable with change and challenging situations. She holds degrees in Human Development, Special Education, and Education Leadership from Cornell, Vanderbilt and George Mason University and is a graduate of Arlington Public Schools. Last year, she served as acting assistant principal at Kenmore Middle School and is excited to step in the same role at Patrick Henry.