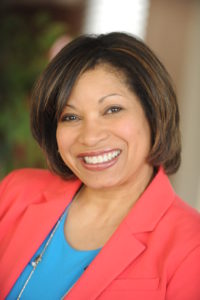 Before being elected to the School Board Monique worked inside schools and across the APS system to bring positive change for students, teachers, and the greater community. She served on the South Arlington Boundary Committee, Early Childhood Advisory Committee, APS South Arlington Working Group, New Elementary School at Thomas Jefferson Building Level Planning Committee, Strategic Planning Committee, and Multi-Site Committee for School Facilities. Monique also co-chaired the 2016 School Bond Campaign and was a member of the Arlington Arts Commission.

Monique is the recipient of the APS Honored Citizen award and has been recognized by her church and neighborhood for her volunteer efforts.

Monique holds a Bachelor of Arts degree in Broadcast Journalism, with a minor in Business, from American University. She worked as a television reporter in Lafayette, Indiana and New Orleans, Louisiana before opening a Washington Bureau for three TV stations in the Midwest, where she served as bureau chief. During her nine-year tenure as bureau chief, Monique covered three presidents and many members of Congress.  She went on to become the Capitol Hill Correspondent for Black Entertainment Television, where she interviewed First Lady Laura Bush, then-Senator Barack Obama, and many cabinet-level officials.

She and her husband Mike have three children: Mikey is an 11th grader at Wakefield High School, Caitlin is a W-L and Pepperdine University graduate (2017), and Brittany is a W-L graduate who spent three semesters at Pepperdine before putting college on hold after being cast in a network TV show. She continues to act professionally.