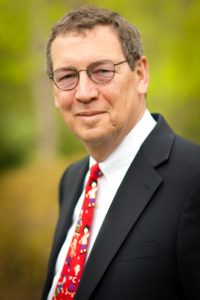 Reid Goldstein joined the Arlington School Board in 2016 and currently serves as Chair of the Board. He has lived in Arlington for over 30 years. Reid’s family has a deep commitment to public education. He and his wife are both products of the public school system, and he attended the public university in New York State. He is the son of two public school teachers, and the father of two Arlington Public Schools graduates. His older daughter, a graduate of Washington-Lee High School (2008) and Virginia Commonwealth University (2012), currently teaches Kindergarten. His younger daughter, attended H-B Woodlawn (2011) and also graduated from VCU (2016).

Reid has an extensive record of advocacy and volunteerism to his neighborhood, to Arlington Public Schools and to the greater Arlington community. His service has included the APS Advisory Council on Instruction, Superintendent’s Strategic Planning Committee, County Council of PTAs, Chair of the H-B Woodlawn Parent Advisory Committee, Arlington Civic Federation Schools Committee, active member of the parent-teacher organization in all of his children’s schools, Board member of the Arlington Sister City Association, Arlington County Citizens Advisory Commission on Housing, Affordable Housing Task Force, President of the Columbia Pike Revitalization Organization Board of Directors, Columbia Pike Land Use and Planning Study Working Group, President of the Douglas Park Civic Association, Community Facilities Study Resident Forum.  In 2011, Reid received the APS “Honored Citizen” award.