The Arlington Public Schools (APS) Administrative Offices are located at the Syphax Education Center (2110 Washington Blvd. Arlington, VA 22204). As of May 8, 2018, all APS departments, except for the Facilities & Operations Department, were consolidated into this building to create a centralized office. In addition, the Arlington School Board has offices and conducts School Board meetings at the Syphax Education Center on the second floor. The new APS central office allows the school division to better serve the needs of the community by easily allowing them to complete their business needs at one location. The goal of consolidating all central office departments in one location is to allow APS staff to work together to provide the best public education for every child that lives in Arlington.

View the floor directory of the Syphax Education Center 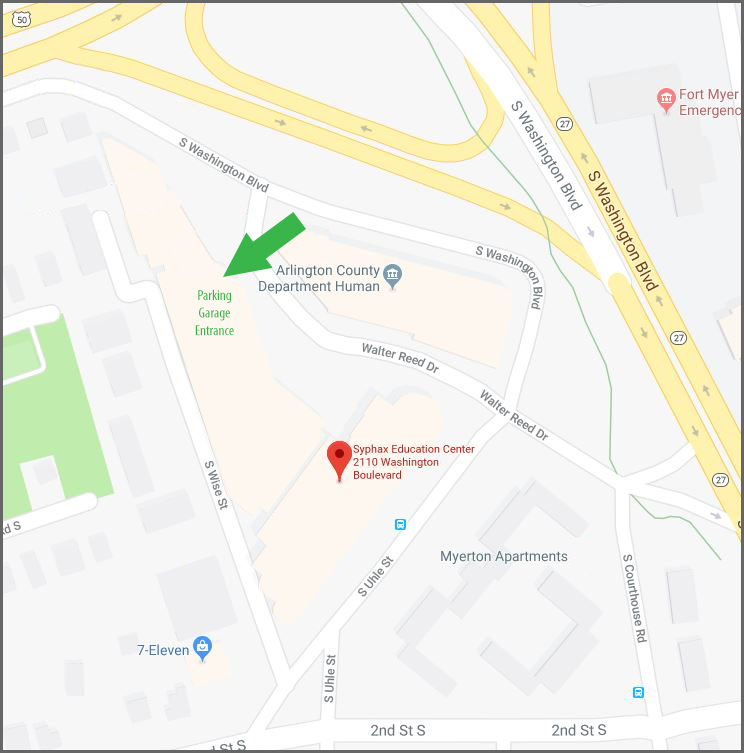 The Syphax Education Center is named after Evelyn Reid Syphax, who was a former Arlington Public School (APS) elementary school teacher who served extensively on a variety of elected and appointed boards for schools, civic, and community organizations. With a background in education, she devoted much of her time to schools, and in the early 1980s she served as Chairman of the Arlington School Board and led a successful overhaul of the county’s desegregation plan to reduce long bus rides for minority students. While on the Arlington School Board, she also championed a program to provide mentoring and counseling to help underachieving children improve their communication skills.

Mrs. Syphax was a graduate of Virginia Union University, and earned her master’s degree in early childhood education from New York University. She taught at APS in the 1950s when racial segregation was still the rule in the commonwealth’s and the country’s education system. In a 1996 story for The Washington Post, Mrs. Syphax talked about desegregation and recalled that, “All the books were discards from the white schools. All the black teachers were busy taping them up, and the [black] schools were practically crumbling around us.”

Arlington tried to integrate its schools quickly, but was ordered by the state to close its schools rather than integrate. It took a long battle, strong community support, and finally a court ruling to earn a victory for Arlington integration efforts. On Feb. 2, 1959, four black students entered Arlington’s Stratford Junior High School, making it the first integrated public school in Virginia. Mrs. Syphax had taught all four of the students as their third-grade teacher at Langston Elementary School. Later, Mrs. Syphax also owned and served as Director of the Early Childhood Development Center, a Montessori school in Arlington, from 1963 to 1987.

In addition to her work as a teacher and Arlington School Board member, Evelyn Syphax was known throughout the community for her spirited volunteer work. She served on many community boards and raised funds for a wide range of deserving organizations. Recognizing the importance of preserving the history of African Americans, in 1994, Mrs. Syphax founded the Black Heritage Museum of Arlington, VA, which honors the history of African Americans here in Arlington. Her son Craig Syphax serves as President of the museum today.

In March of 2006, the Arlington School Board voted unanimously to name the Education Center Annex building, which was then located on the Buck property at 1439 North Quincy Street, the Evelyn Syphax Academic Center. The Center housed most of what was then known as the Department of Instruction. While the Quincy Street Annex was a temporary office facility, the Board agreed at that time that the Syphax name would be transferred to a more permanent facility in the future.

In 2012, APS consolidated staff at the Syphax Center (or the Annex) with staff in the Clarendon Education Center offices, to the first two floors in the building at Sequoia Plaza. Today, almost all of the APS administration staff and Arlington School Board are in a single location, and APS honored the memory of Evelyn Reid Syphax by transferring the name of the Syphax Education Center to the newly consolidated administrative building.